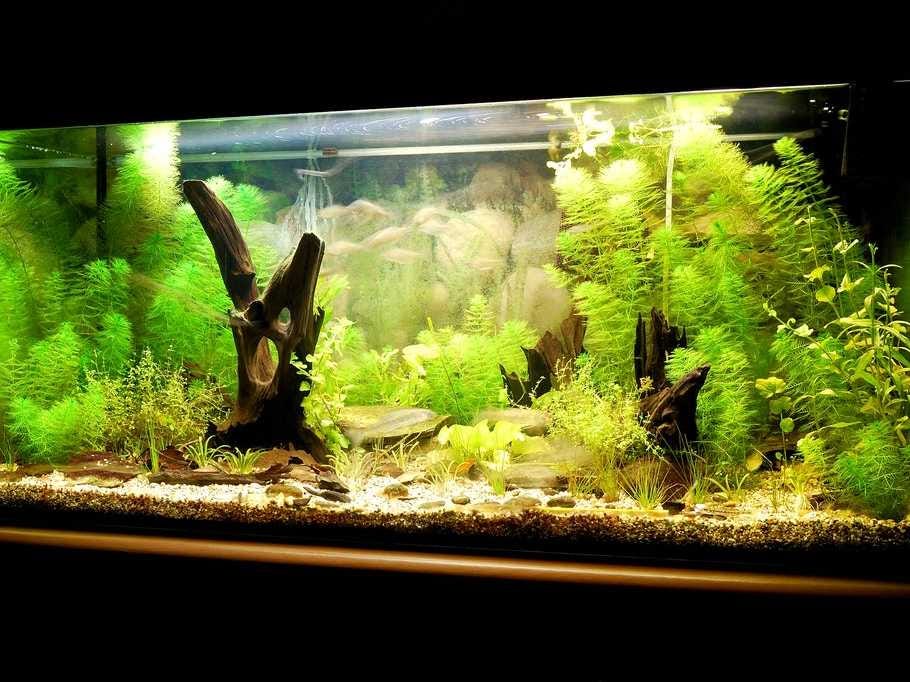 We find fish everywhere today. From restaurants to office building lobbies, aquariums are becoming a rather common hobby. The tanks of today are not the aquariums of our forefathers. The technological advances have been amazing. We’re going to take a look at how technology has changed the aquarium hobby. But first, let’s learn about where it all started.

What is the Aquarium?

While the word might be common knowledge to some of us, there are people out there who are unfamiliar with the term. An aquarium is a water-filled tank in which fish swim about. Know that we are all on the same page, let’s see where they began.

The History of Aquariums

The Sumerians were the first known people who kept aquatic pets in an aquarium. They created “artificial ponds” nearly 4,500 years before now. Accounts of keeping fish have been found in early writings in Assyria and ancient Egypt. Keeping fish is a practice that has roots in many cultures. Carp were raised for meals in China as far back as 1000 BCE.

It wasn’t until the mid-19th century before the term aquarium was used. It first popped up in botany in reference to using a container to grow aquatic plants. In 1832, Jeanne Villepreux-Power was the first person to create the type of aquarium we know today, at least in the sense that it was made from glass.

The first aquarium to be publicly displayed didn’t show up until more than twenty years later in London, and P.T. Barnum wasn’t too far behind 1856, creating a public display aquarium in New York City. By the late 1920s, commercial aquariums were all the rage but keeping fish as a hobby became popular in the mid-1800s.

The aquariums that were kept back then are not the same as the aquariums today. Earlier tanks were open-air but today the technology is so advanced, there is something for every aspect of keeping fish. Like different types of lightings where you can check details at Tankarium.

Some of the latest technologies have changed the game of keeping an aquarium so much the tanks of today would be unrecognizable to Villepreux-Power and Barnum. Here are some of the devices you can find now and how they have changed the hobby for the better.

Yes. You can check in on your aquatic friends while you are away from home. This means those expensive saltwater fish you just bought will not be in danger when you take that vacation of a lifetime. Aquarium control devices allow you to keep your parameters maintained to where you want it to be.

Who is going to feed your fish when you are gone on that dream trip? Now there’s a device to do it for you. All you need to do is set it up and program the time of the feeding into your apparatus and go about your day.

While heaters aren’t a new innovation in fish keeping, this is one that changed the hobby drastically making it more readily available to everyone. There are certain types of fish, particularly those from the tropics, that need to have a specific temperature range in their tank. Without a heater, keeping these fish was more difficult.

Keeping an eye on the quality of water in your tank is very important. If you don’t keep an eye on this your fish could suffer greatly and even lose their lives. Without a monitoring device, you may need to take a sample of the water into a pet store for evaluation. While that works, the time involved is cut drastically with your own monitoring device.

One of the best things about having an aquarium is that it’s peaceful. Or, at least it’s supposed to be. But some filter systems are less than quiet when you are sleeping and they defeat the purpose of a harmonious tank. Silent power filters have changed all of that by adding sound-proofing to battle the noise.

Hoods keep the fish in, which was a great advancement in aquarium keeping. Hoods with lights are even better because they make the tank look great and everything stands out more plus fish need light for survival, even if it’s minimal. There are all kinds of hood lights available on the market from LED to fluorescent.

This innovation is perfect for an outdoor pond where you are keeping coy or other exotic fish. The waterfall filter does the same job as the filters on inside tanks but it adds ambiance to the setting all while making sure oxygen and other needed nutrients stay evenly dispersed throughout the pond.

With all the innovations that have been brought about in fish keeping if you were planning on getting a tank and starting this hobby as a beginner then this article can serve as a list of items, you might want to consider getting to make your job easier. Although with so many devices, you might want to find some professional help. Also, keep in mind that sometimes a break from this modern technology is important and remember that our health is still our number one priority.

10 Homemade Dog Food Recipes with Chicken
Next Post: Making a Nice DIY Case for Your Phone