Wrought iron is not only durable and easy to maintain but will add sophistication, style, and elegance to your home. It can be used for terraces, porches, staircases, and fences and comes in a variety of designs, styles, and shapes.

You can choose a design that will best match your home’s theme and style, whether traditional, urban, vintage, rustic, minimalist or eclectic. It is exactly the malleability and variety of design options that made wrought iron a popular choice throughout the ages.

Both designers and homeowners can draw inspiration from some of the true aesthetic masterpieces by world-famous architects. Here are some of the iconic wrought iron gate and fencing designs that still dazzle throngs of visitors and can inspire your home exterior design on a smaller scale. 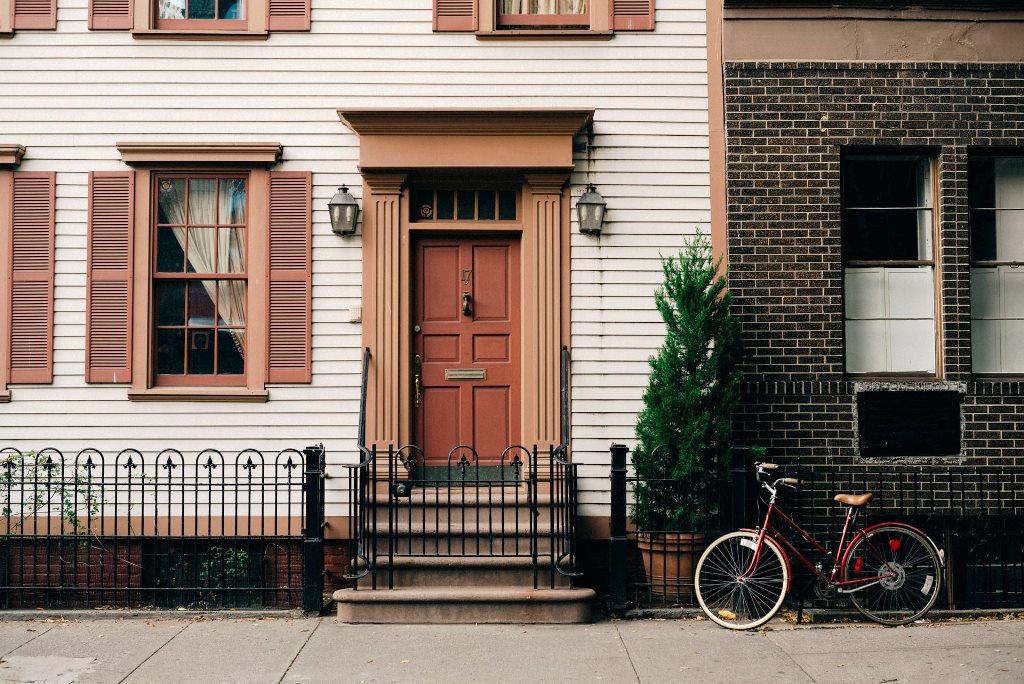 Throughout its long and interesting history, the Michael Garden had been a nursery, Swedish hunting reserve, garden with fountains and labyrinths, and a French garden.

Designed in 1825 by architect Jean-Baptiste Alexandre Le Blond, today this beautifully landscaped park is part of the Russian Museum in St Petersburg. Its wrought iron fence is an elaborate masterpiece that is definitely worth a look.

The fence features metal details in the form of leaves, branches, dahlias, roses, tulips, and other flowers. Inside you will find asters, chrysanthemums, pelargoniums, white roses, and old oaks.

Originally called Weapons Square or Place d’Armes, Jackson Square is an iconic landmark, featuring an excellent example of a fence with ornate posts which commemorate General Jackson’s victory in the Battle of New Orleans. With posts decorated with coquille and fleur-de-lis elements, this magnificent fence dates back to the 1850s.

In fact, filigree ironwork is so associated with New Orleans architecture that you will find it all over the place. The overhanging balconies feature elaborate leafy and floral patterns adorned with shells, coquilles, and French Fleur-de-lis.

The balconies are ornate and bulky, crafted by hand, decorated with floral motifs and filigree, and offering an aesthetically visual contrast to the elegant facades. Ornate wrought ironwork, inspired by Spanish architecture is also used for indoor inserts, gates, fences, and downspouts. 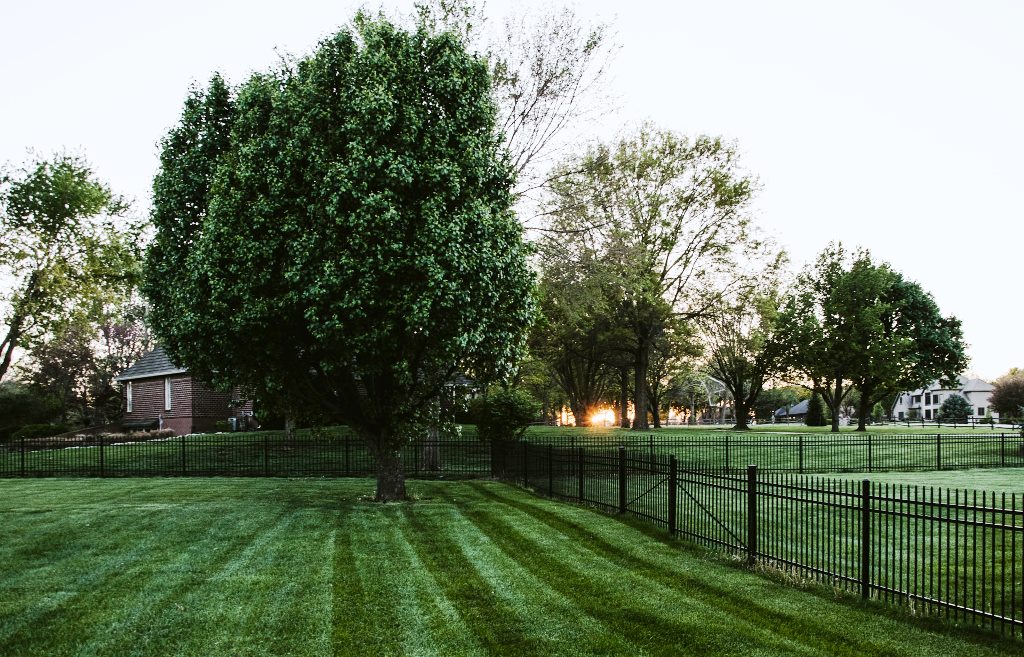 Designed by architect Henri Labrouste, Bibliothèque Sainte-Geneviève or the Saint-Genevieve Library is a university and public library and a masterpiece by itself. Built-in the Neo-Greco style between 1843 and 1850, it is one of the best examples of using wrought iron in a stylish and visible way.

In the 19th century, iron-roofed rail stations, railways, and ornamental ironwork had become popular across Europe. In line with the spirit of the time, the library’s floors and roofs are framed with wrought iron while the reading room features detailed ornamental work. The exterior of the building is also an awe-inspiring accomplishment with stone panels showcasing 810 famous authors.

One of the first buildings designed in the Art Nouveau style, Casa Vicens is an architectural masterpiece by Antoni Gaudi. Known as the architectural genius of Barcelona, Antoni Gaudi experimented with a variety of styles and materials such as concrete, ceramic tiles, glass, and wrought iron.

Casa Vicens is an excellent example of Gaudi’s talent to combine different materials and is built of rough red bricks, undressed stone, and ceramic tiles featuring floral and checkerboard motifs.

Its unusual colors, geometry, and intricately decorated façade are complemented by an ornate wrought iron fence with palm leaf motifs. For some, it is a disaster to the eyes but for many, it is an imaginative artwork, tribute to nature, and а wonderful addition to “the house where it all began”, Gaudi’s first major work of architecture (BBC).

Casa de las Conchas is a Gothic-style building designed by Rodrigo Arias de Maldonado and built between 1493 and 1517. Currently housing a public library, the building features over 300 shells, the symbol of the Santiago Order. The exterior combines Mudejar art and Renaissance elements and is designed in the Isabelline architectural style, with Iberian traditional motifs and Italianate decorative artwork.

This unusual building attracts attention due to the many fascinating features that it has, from countless carvings of seashells and Gothic-style wrought iron grills to a courtyard with a fountain and a beautiful central colonnade. A prominent feature is also the entrance door adorned with fleur-de-lis and a coat of arms.

Designed by architect Frederick Martin in 1896, the Telephone Building is an iconic construction from terracotta and bricks, housing the Central Telephone Exchange at that time. One of the most remarkable accomplishments is found in front of the building – a wrought iron gate adorned with floral motifs in green, golden, and red. 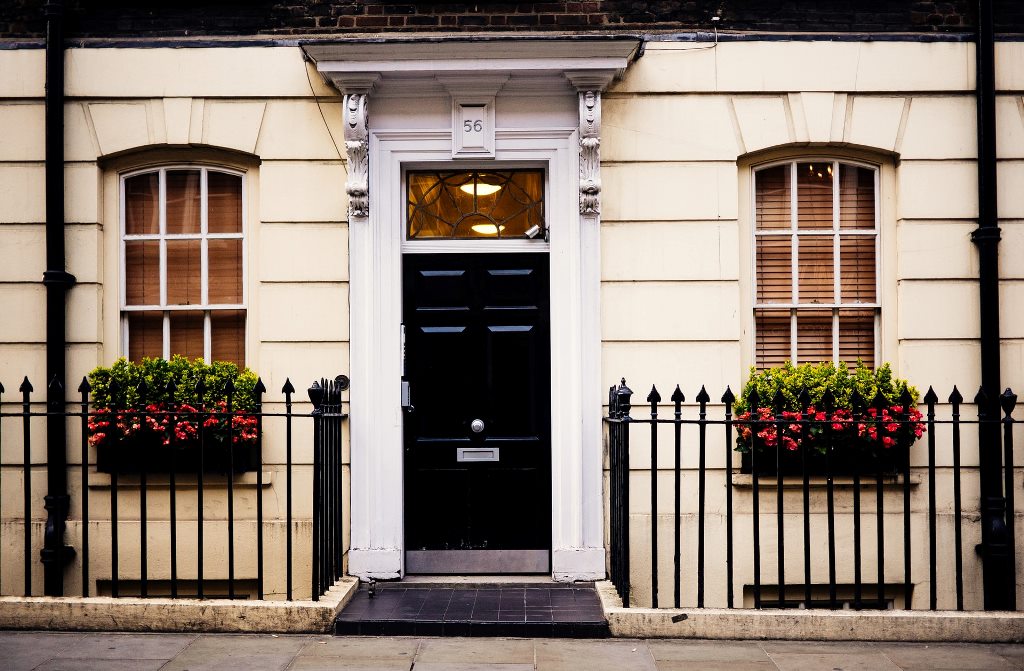 A Source of Inspiration for Your Next Landscaping Project

Wrought iron is one of the oldest materials used to create exquisitely decorated gates, balconies, fences, and railings. As it is malleable and easy to forge, it has been widely used to build diverse architectural features throughout the ages.

Today, wrought iron is used to add character, elegance, and beauty to commercial and residential properties. Wrought iron features are aesthetically appealing and whatever design and style you choose, they are ideal for bringing a touch of sophistication and adding the desired ambiance to your home.

Tips To Help You Redo Your Home And Make It Look More Luxurious
Next Post: Useful Hacks On How To Ensure That Your Baby Is Sleeping Comfortably